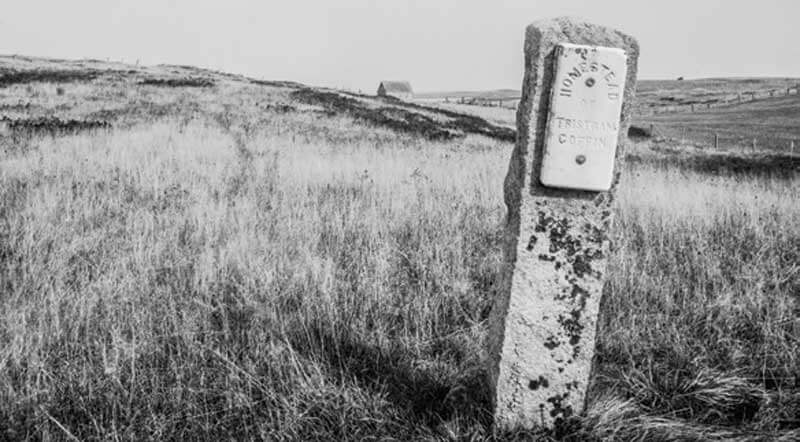 The site marker placed by Coffin descen­dants in 1881 locates Coffin’s first dwelling built “under the hill” near Capaum Harbor about 1661. One hundred square feet of land around the marker was donated to the NHA in 1981 by R. Draper Richards, a direct descendant of Tristram Coffin.